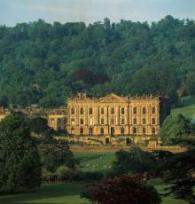 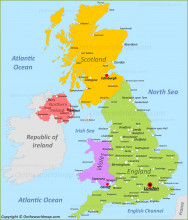 Nottingham is in central England's Midlands region. It's known for its role in the Robin Hood legend and was once the center of the world's lace industry. London: the capital of England and the United Kingdom, is a 21st-century city with history stretching back to Roman times. Edinburgh: Scotland's cosmopolitan capital city borders with miles of lush countryside. 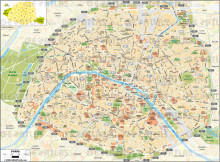 Paris: France's capital, is a major European city and a global center for art, fashion, gastronomy and culture. Its 19th-century cityscape is crisscrossed by wide boulevards and the River Seine.

Imagine taking Maricopa summer courses while exploring England and Scotland! Your global academic adventure will contrast the historical, artistic, anthropological, and social contexts of these different countries and cultures.

Spend four weeks exploring the history and modernity – both above and below ground – of some of the world’s greatest cities, including London, England and Edinburgh, Scotland. Excursions include, but are not limited to: Stonehenge, City of York, City of Bath, Brighton, the British Museum (in London), Chatsworth (in Derbyshire, England), and Holyrood Palace, the Royal Mile, Arthur's Seat, and a tour of the underground vaults in Edinburgh, Scotland.

Based in Nottingham, England, your “home” for a month is associated with the legend of Robin Hood in the Sherwood Forest and the defeat of Richard III, former king of England. Nottingham is a vibrant, walkable city in the East Midlands region of central England where the average temperature in July is 70 degrees!