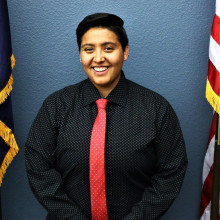 Lorena Austin will have one very important person cheering her on when she graduates in May, her 93 year old grandmother.

“My grandmother was born in a box car in 1925,” said Austin, MCC’s student body president. “Her father worked on the railroad and she worked in the fields as a farm worker. She was unable to finish her education, so during her entire life, she has emphasized education. My family members have gone on to become nurses, accountants, a lawyer and more because of her foundation. Hopefully she’ll be able to attend my graduation ceremony.”

Austin’s path to higher education hasn’t been an easy one. Born in Mesa, she graduated from a California high school in 2006. Her dad, Phil Austin, a local civil rights attorney, recommended MCC as a good place to begin her college education. 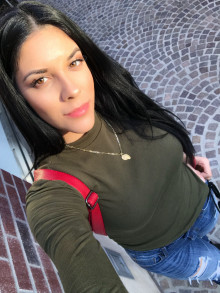 Growing up surrounded by diversity and different languages inspired MCC graduate Madelyne Dhimes. As she grew up, cultures from all over the world surrounded Dhimes, 22, and she was inspired to become engaged in other cultures.

“My passion for language and culture led me to MCC,” Dhimes said. “MCC has a variety of foreign languages to choose from. I chose French, as it is a very global language like English, and Spanish, as my primary languages.”

Dhimes credits her success at MCC  to all the support she received from people in her life including advisors, mentors and professors. While in college she took advantage of  the many opportunities that MCC offered her including studying abroad in Costa Rica.

The youngest in his family and the youngest student of his graduating class, 14-year-old Maxwell Manning will follow in the footsteps of his parents and older siblings as he graduates in May.

“I’m the youngest of six and they all have done it before me so for me it’s not weird or anything. It’s just normal,” said Manning. “I’ve never noticed anything different. Everyone in my life, like my parents, who are both doctors, are an inspiration to me.”

Writing has always been a passion for Mesa Community College student Sydney Ritter. At a young age, Ritter, 19, had a pencil in her hand and was writing her own stories, even though she couldn’t spell most words. She grew up in a home where her father taught her that education was important and her mother pushed her to always do her best.

“I always wanted to write, but for years I didn’t know what I wanted to write about,” Ritter said. “I would write pages and pages of nonsense when I was supposed to be paying attention in class. It wasn’t until I got to MCC that I finally found where I wanted to focus my time and energy. I found my voice in speaking the truth.”

Ritter remembers her father watching the news every night and that should have been her first inclination of what she wanted to be in the future. 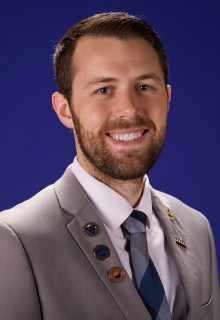 Johnathan Speakman, an Arizona native, said being number six out of eight children in his family taught him to serve others. Because of the joy he finds in helping others, he has always known that he wants to give service to others throughout his life. However, the service he has been involved in throughout his MCC experience has helped to shape how he wants to do that.

"As I have tried to do my part to serve in my community, I have to come to realize something more significant. It is natural for me to look for the biggest ways I can serve; but usually the biggest impact I can make is with those people immediately around me, such as my family, friends, and neighbors,” Speakman said. “If more people were focused on helping those around them, more of the hungry would be fed, the sick would be cared for, and the broken would be healed.”

Speakman added that the most prominent experience that influenced the course of his life is the two years he spent serving the people of Zambia and Malawi. During that time, his love of working closely with people to improve their lives deepened. 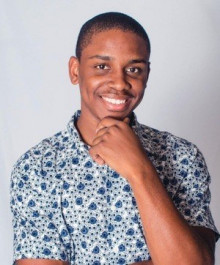 Malique Washington took advice from his grandfather to complete his associate’s degree at Mesa Community College and along the way, he played on the MCC basketball team and wrote a children’s book.

The book honored his grandfather, the late James Kelson, a 36-year educator and former principal at John R. Davis Elementary School in Phoenix..

“My grandfather inspired me,” said Washington, 20. “His spirit is my guiding light.”

Washington said his grandfather always wanted to write a children’s book, but passed away before doing so. So Washington wrote it with his grandfather in mind. The book, “Be a Star!,” encourages children to work hard and believe they can be a star in whatever they choose to do. 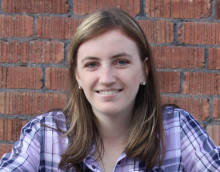 Mesa Community College Spring 2018  graduate Dawson Weiss, 18, is including a very special Denver Broncos necklace when she packs her bags this fall to pursue a bachelor’s degree in criminal justice at the University of Colorado, Colorado Springs. The necklace was made by two elementary school boys who Weiss mentored in the Future for KIDS program for at-risk youth, part of the 300 service hours she volunteered while at MCC.

“For them to do that was touching,” Weiss said. “I’ll miss that. To mentor kids who don’t have reliable people to look up to was the coolest thing. Sometimes their dads are in prison or they’ve never lived in a house more than six months at a time. You never really understand how good you have it and that makes everything worthwhile, when you are not focused on yourself.”

Weiss enrolled in the college after talking with friends about all the activities available and the necklace was just one of many rewarding experiences she had during her time at MCC.

Students appearing here are candidates for the degree listed, which will be conferred subject to completion of requirements.