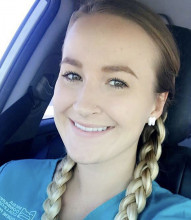 When Celina Johnson was growing up, she was inspired to look into the dental field by her own dental hygienist, who went went above and beyond the minimal basic standard of care.

“She was extremely compassionate and it was obvious that she loved her career and her patients,” Johnson said. “I’ve always respected and been inspired by impassioned people such as her.”

Toward the end of high school, she began looking at career options. One of her other career options was to be a teacher, and she soon made the connection that hygienists are educators.

“I fell even more in with the idea of being a dental hygienist,” she said. “I get to be an oral health educator at the same time that I connect and continue to learn lessons from my own patients.”

Johnson chose to attend MCC as it was the closest and cheapest option available. She said she is glad she did, as the program implements mindfulness, rotations that provide worldly experiences and many more challenges that transform students.

“I am eternally grateful that I happened to stumble upon such an amazing program,” Johnson said. 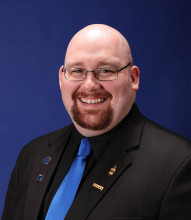 First, he was named an All-Arizona Academic First Team scholar. As one of only 20 in the country to be named a 2019 All-USA Academic Team Scholar, Phi Theta Kappa (PTK) Honor Society member Hunt received a $5,000 scholarship for demonstrating academic excellence and intellectual rigor combined with leadership and service that benefits society.

Next, he received $5,000 and a commemorative medallion for being selected as one of 15 nationally selected 2019 Guistwhite Scholars, based on academic achievement, leadership accomplishment and engagement in PTK programs. 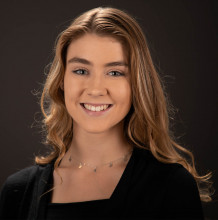 Dustin Smith, 17, (Apache Junction) is about to graduate from college--two weeks before she gets her high school diploma.

On May 10, Smith will receive three associate degrees from Mesa Community College plus an Arizona General Education Curriculum and an Academic Certificate in Sustainability.

For Smith, who attended most of her college classes at the MCC Red Mountain campus, it was the perfect academic combination.

“It was very invigorating and nice to have the opportunity to step outside the small social circle you typically experience at high school and it was great to be treated with maturity and feel like an adult,” Smith said. “It helped motivate me to take on more responsibilities and feel confident in my own abilities and the opportunity in front of me.

Ivan Quintana - Associate in Arts; Arizona General Education Curriculum Growing up, Ivan Quintana knew all his neighbors in the small town of Colonia Juárez, Mexico. After all, the town, set in a lush valley in the mountains near Mexico City, only had about 400 residents. It’s that look-out-for-one-another attitude that now has him preparing for a career as a lawyer and a legacy in community service.

Quintana aspires to become a leader and voice for the Hispanic community. After graduating from MCC in Spring 2019, he plans to transfer to Arizona State University to pursue a bachelor’s degree in criminology and criminal justice and continue to an Ivy League law school to earn a Juris Doctor degree.

He came to the U.S. when he was 18 to get to know his father better (his parents split when he was 10) and to attend college. He had initially planned to attend the University of Texas in El Paso, Texas with his two brothers, but chose MCC because of its reputation and lesser tuition cost.

Hailing from a small town, life in the big city was a little different.

“In Mexico, I lived in a town of 400 or so people. It’s the kind of place where everyone knows each other,” he says. “Having a small-town mentality is something I carry with me always and helps me see there’s an individual behind every statistic or person struggling and encourages me to give back.”

Quintana has had many positive influences during his time at MCC. Professor Mark Yoshimura with the MCC Administration of Justice department, stressed the importance of community service. 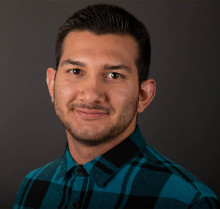 When Mesa Community College student Josh Malone was diagnosed with a learning disability, he never dreamed he’d be able to succeed in college-level honors classes such as calculus, chemistry and biology. But thanks to his determination, coupled with assistance from MCC professors, tutors and peers, he will graduate in May with a nearly 4.0 grade-point average and a solid plan to complete a bachelor’s degree and doctorate in the field of physical therapy/ kinesiology.

Malone, 21, said in elementary school, teachers put him aside and worked with students who achieved higher grades. He didn't feel confident and doubted himself.

“But Mesa Community College changed my life,” Malone said. “Some classes I had to start from the very beginning, like math, but everything that I was learning I just instantly understood. That's when it hit me that I had the potential to take college classes and I have never given up.” 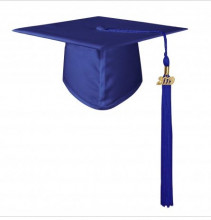 Kristina Morris didn’t think she would end up attending college. t age 57, she had a career, a family and was looking forward to the next chapter in life. But after she retired, she got bored. So, when her son started attending Mesa Community College, she decided to join him.

“I graduated high school in 1980 so going back to school was very intimidating at first,” she said. “But, one of the unique things at MCC is that there are a lot of returning students in their 30s, 40s and 50s. A lot of students were like me-moms who didn’t have the chance to go to college earlier in life.”

At times, it was tough to balance her class schedule and take care of her mother and husband, both of whom have health issues. But she found a solution. Morris estimates she took about half of her classes online.

“Even though I missed the interaction with the instructors and classmates, online classes really helped with my schedule.”

Morris  earned good grades in high school but wasn’t sure she still had the discipline to study. “When I started at MCC, I didn't know if I would be successful or not, and I never dreamed I would do as well as I have.” 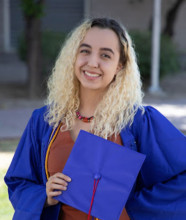 Service and leadership has always been a core value to honors student Kylee Gillespie. Her involvement in school and community events growing up as a native to Mesa is what pushed her to do more once she started Mesa Community College.

“I believe service to one's own community and school campus instills responsibility and self-action to take charge in making a change for others and bring awareness toward issues present in society.”

Gillespie demonstrated this commitment by providing over 250 service hours while at MCC. She exemplifies the college’s core values of upholding communication, critical thinking, civic engagement and global engagement by earning leadership roles as an MCC chapter officer of Phi Theta Kappa, the National Honors Society for Community Colleges, and president of the National Communication Association Honors Society, Sigma Chi Eta.

Gillespie says Erica Horihan, the Student Life & Leadership coordinator at the Red Mountain campus, gave her the opportunities to become more involved when she first started MCC in 2016.

“Erica was the person who shaped my whole experience at MCC. She introduced me to Leadershape, a program which changed my career path and mindset on leadership. Once I participated in Leadershape, I met many student leaders from different colleges in the Maricopa County Community College District. It seemed as though once I was involved in one club I would join another and the opportunities became a trickle effect thereafter.” 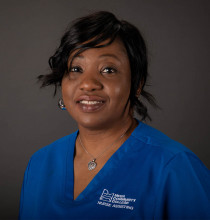 In her late 30s, Njideka “NJ” Nwalor found herself a widow with three young boys. Emigrating from Nigeria 19 years ago, she moved to Canada to be with her husband, who was a student there. He passed away  in 2010 and, with two of the boys growing into teenagers, NJ moved to the East Valley in 2017 to be closer to family living in Gilbert.

“I decided to be a nurse to provide for my family and be a role model for my boys. I want them to be proud of me. People thought because I was in my 40s and a single mother, everything was against me succeeding, but I am showing them they were wrong,” NJ said.

NJ started out taking core college classes at Chandler-Gilbert Community College and, as many nursing hopefuls do, decided to pursue certification as nursing assistant at MCC, while waiting to get into a Registered Nurse program. Also, she planned to use the knowledge from the NA program to improve her caregiving skills as she helped her aging parents. 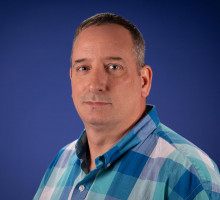 After he graduates from Mesa Community College in May, he’ll enter ASU to pursue his goal of completing a bachelor’s and eventually a master’s degree in secondary education that will enable him to teach history. Colwell, who manages post-traumatic stress disorder, said he has loved the quiet, low-key environment of MCC Red Mountain. 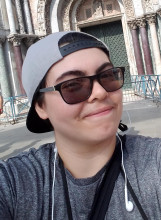 Wallace ,who prefers to be called Blitzen (German for lightning), or Charboday (a combination of family names), is transgender and transitioning to male. He has nothing but praise for his overall experience at MCC.

“It was amazing. The faculty was great, and everyone was there to help,” he said.