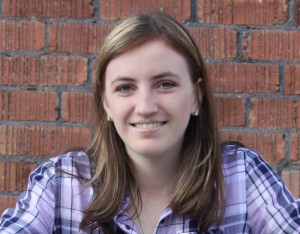 Mesa Community College Spring 2018  graduate Dawson Weiss, 18, is including a very special Denver Broncos necklace when she packs her bags this fall to pursue a bachelor’s degree in criminal justice at the University of Colorado, Colorado Springs. The necklace was made by two elementary school boys who Weiss mentored in the Future for KIDS program for at-risk youth, part of the 300 service hours she  volunteered while at MCC.

“For them to do that was touching,” Weiss said. “I’ll miss that. To mentor kids who don’t have reliable people to look up to was the coolest thing. Sometimes their dads are in prison or they’ve never lived in a house more than six months at a time. You never really understand how good you have it and that makes everything worthwhile, when you are not focused on yourself.”

Weiss enrolled in the college after talking with friends about all the activities available and the necklace was just one of many rewarding experiences she had during her time at MCC.

“MCC is such a diverse campus, which I appreciated,” said Weiss, a Queen Creek resident. “The people I’ve met and the speakers they brought to campus were so interesting. It’s a lot different than other community colleges I’ve attended.”

Weiss was very active in MCC’s student life, eventually serving as chief justice in the college’s student government, an experience that  provided her with a multitude of skills that she says she’ll use as she pursues a bachelor’s degree and beyond.

“Looking back, it was really a personal growing time,” Weiss said. “It was my first chance to be in a professional environment. I didn’t know what I was getting into. I did public speaking, created flyers, moderated public forums and improved my communication skills. I learned how to work with people and make compromises, which is never a fun thing, but necessary to be an effective leader.”

As a Presidents’ Honors Scholar, she received full tuition while at MCC. Weiss earned service-learning certificates through her classes and applied for the national President’s Volunteer Service award through her membership in Phi Theta Kappa.

“The Honors Department has been fantastic,” Weiss said. “Every service I used at MCC was very student focused, which is rather rare. The staff is not worried about their position, but about how students are doing. When the students are happy, they’re happy.  That’s the approach I learned from everyone at MCC, which really sold me on how great the campus is.”

“The field of criminal justice is so important, especially today, because the world of international relations is constantly changing,” Weiss said. “There are so many different mindsets brought to the table, issues that can be solved with not just force or ignoring it. I hope to bring to the table a realistic approach that there are humane ways to solve international conflict that don’t involve going to war. I’m just fascinated by different cultures and, if I can be a part of bridging the gap and help countries understand each other, I would find fulfillment in that.”

Her advice to incoming community college students is to be bold and get involved.

“Community college sometimes has a stigma of not being a real university,” Weiss said. “But all it takes is that first step. MCC does a great job at plugging students into clubs that meet their strengths or needs. It takes courage, but it takes away the stigma, creates lifelong friendships and fosters connections with professors and staff.”