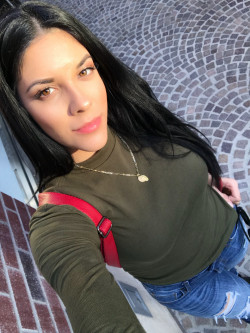 Growing up surrounded by diversity and different languages inspired MCC graduate Madelyne Dhimes. As she grew up, cultures from all over the world surrounded Dhimes, 22, and she was inspired to become engaged in other cultures.

“My passion for language and culture led me to MCC,” Dhimes said. “MCC has a variety of foreign languages to choose from. I chose French, as it is a very global language like English, and Spanish, as my primary languages.”

Dhimes credits her success at MCC  to all the support she received from people in her life including advisors, mentors and professors. While in college she took advantage of  the many opportunities that MCC offered her including studying abroad in Costa Rica.

“I learned a lot about myself with every experience I had at MCC. The experience that impacted me the most was studying abroad. That was when I discovered my love for travel and culture, and decided to major in tourism,” Dhimes said.

Whitewater rafting and exploring the jungle with locals introduced Dhimes to local Costa Ricans and their adventurous lifestyles.  However, she said it wasn’t until her first solo trip to Thailand that she realized she belonged in the tourism industry.

“I was impacted by many at MCC and I appreciate everyone who has contributed to my success in this journey,” Dhimes said. “My number one goal is to inspire others to travel the world and not to only take in the beauty of other countries but experience the cultures firsthand.”

Dhimes has earned an Associate in Arts degree with distinction and an AGEC with high distinction from MCC and is transferring to Arizona State University for her bachelor’s. She is still exploring her major educational path in the tourism industry.

“Don’t worry about being undecided,” Dhimes said. “You will be surrounded by great intellectual people, and the things you will experience through your college years will slowly unravel who you are, and who you are will reveal your passion. Undecided is just another way of saying ‘I’m exploring.’”