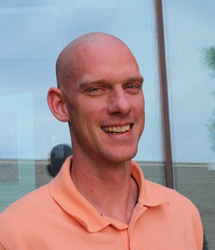 The first and only time Tempe resident Eric Breault stepped foot on the Northern Arizona University campus in Flagstaff was the day he walked across the stage to receive his bachelor’s degree.

Eric, who took a combination of on-campus classes at Mesa Community College and online classes at NAU, completed his degree in comparative cultural studies in less than four years without ever leaving the Valley.

“It was strange and surreal that the only time I was actually at NAU was for my graduation,” said Eric. “It felt really good. But for me, I saw this degree as something preliminary leading to something bigger and better.”

For Eric, bigger and better means graduate school. He has just been accepted to Arizona State University’s Religious Studies PHD Program, a dream that just a few short years ago seemed to be an unreachable goal. Read more here. 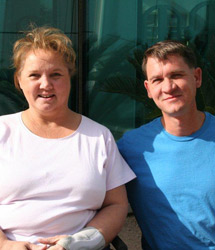 Their heartwarming story is one of trials and successes, leading them to the Spring 2012 Mesa Community College graduation stage.

During the 1994-1995 academic school year, Jammie and Aaron met at the LDS Institute across the street from MCC. Both were attending classes at the College. They became engaged in July 1995 and set their wedding date for December of the same year.

Tragically, in October of 1995, they were in a car accident as they swerved to miss a drunk driver. Jammie was ejected from the vehicle and sustained several internal injuries, including a severed spinal cord, making her a paraplegic. She has been confined to a wheelchair since that day. Aaron sustained a crushed pelvis, numerous internal injuries, facial injuries and a double concussion. His face was reconstructed completely using titanium mesh. The accident left Jammie in the hospital for one and a half months and Aaron there for over two months. Read more here. 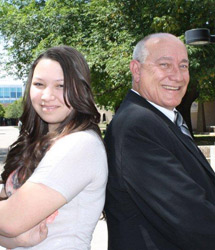 On May 11, Mesa Community College will recognize the accomplishments of graduates for the 2011-12 school year at a commencement ceremony in the campus courtyard of MCC’s Southern and Dobson campus.

Community colleges often attract students from all age groups and all walks of life. MCC’s class of 2012 clearly demonstrates that fact. This year’s class includes a 14-year-old math/zoology major and a 60-year-old mortuary science major. Both exhibit a zeal for learning that is ageless.

Jessica Bailey Brooke, 14, of Gilbert, attended MCC as part of the Early College Program. She has completed 87 credits with a 4.0 GPA and will graduate with the Associate of Arts and Associate of Science degrees. Her mother, Rachel Brooke, said that Jessica has always done well academically and likes to be challenged. When she finished seventh grade, they looked to the Maricopa Colleges to supplement her education. She took a math assessment test and scored very high.

William Price, 60, of Phoenix, began his path to a degree a little differently. After working for 41 years as a diesel mechanic, Price suffered an injury and was partially disabled in 2008. He had the choice to go on permanent disability or go back to school to train for a new career. He chose mortuary science as his new career. Read more here. 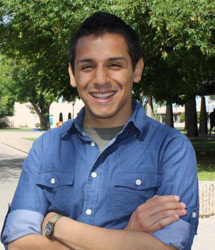 Luis Garcia Graduate from Venezuela Rises to the Challenge

In the past two years, Mesa Community College graduate Luis Garcia has been schooled in more than just academic knowledge. Due to life events, he has learned to juggle personal and academic struggles and developed a positive approach to life’s challenges.

Garcia grew up in Venezuela, but when the country’s economic and political situation became tumultuous, his parents offered him and his brother a chance to do their schooling in the United States. After enrolling at MCC, his father suffered a stroke and his brother, who attends Arizona State University, was diagnosed with a very serious condition of Leukemia that required aggressive treatments.

Garcia did what he could to help his family while taking a full class load, working 20 hours a week and fulfilling internship duties with the City of Mesa. Since he has no car, Garcia biked to all of his commitments. In May, he will graduate with an Associate of Arts degree in Architecture and transfer to ASU in the fall to continue his architecture studies.

How did he keep up with all the demands? Read more here. 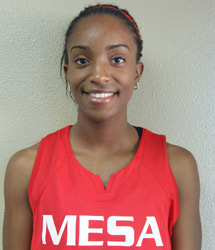 Mesa Community College Basketball team member, Alli Gloyd, was chosen as the top MCC Thunderbird overall female athlete for 2011-2012. Over the past two years she has earned numerous honors. 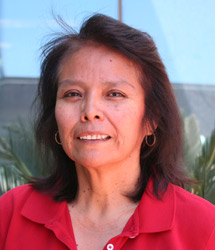 Ange Good Bear began her quest for an education after going through a divorce in August 2005. She knew she had to do something to support her children so she enrolled that fall at Everest College. She completed a Medical Assisting certificate and worked in the field for two years. However, her dream was to become a nurse.

As a single parent, Ange found it difficult at times to maintain a full credit load. Throughout her educational career at MCC, there were times she had to take a semester off so she could work and support her family.

“There were times I could have thrown in the towel but I made up my mind to keep going. My motivation has always been my youngest son. When I started school at MCC he was only six. I knew I needed to do something to provide for him,” stated Ange. Read more here. 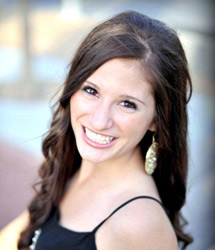 This month, Sara Ballard, 18, will graduate from high school and college at the same time. After graduation, she plans to transfer to Grand Canyon University with 66 college credits already under her belt.

During spring semester, she was enrolled in two high school classes at Arizona Agribusiness Equine Center and 24 credit hours at Mesa Community College.

In addition to her academic demands, the honor student put in 50 hours of volunteer work (totaling 950 hours during high school) and served as president of her high school national honor society and treasurer of student council.