Joshua Sykes’ MCC experience began at the age of 3 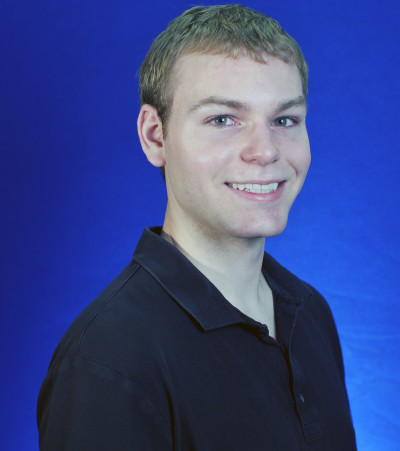 Not many alumni can say that their relationship with MCC started before preschool. But, Joshua Sykes can. Joshua was just 3 years old when his father, Arlen Sykes – now a very active alumni board member – was taking classes at Mesa Community College (MCC) and enrolled him in the MCC Children’s Center.

As he grew, Joshua attended and volunteered at alumni events, such as MCC Homecoming and Astronomy Nights, with his dad and eventually became an MCC student after graduating from Mountain Pointe High School in Ahwatukee, Arizona where he currently resides.

He entered MCC with a President’s Honor Scholarship, which afforded him the opportunity to fully focus on classes without worrying about tuition. The MCC Honors Program provided Joshua with opportunities for a greater depth of thought in reading, writing and discussions with faculty and guest lecturers, which helped him be prepared to earn multiple degrees and begin his career.

“Many students graduate from high school not knowing what they want to do after college,” said Joshua. “Mesa Community College affords you to take a wide variety of classes and figure out what you’re most interested in. You can have a major in several areas with only a few courses, like I did, earning three associate degrees in business, arts and general studies. And you can take courses that interest and inspire you as part of the MCC community in smaller, more affordable, friendlier classes than at massive, less personal universities.”

For example, Joshua particularly appreciated an “Alternate States of Consciousness” psychology course, taught by Professor Wesly Feuquay, that opened his mind to how people think and process information, inspiring him to take additional psychology courses and join Psi Beta, an honor society affiliated with the American Psychological Association (APA) and the American Psychological Society (APS).

“By starting at MCC for the first two years, then transferring to NAU to continue my education, I could effectively decrease the cost of my bachelor’s degree,” Joshua added. “It was that program that led to my NAU Bachelor and Master in Business Administration.”

This successful and highly focused 2013 MCC graduate is currently a lithography manufacturing technician with Intel Corporation at its state-of-the-art Ocotillo campus in Chandler, Arizona. There, Joshua examines each glass reticle to check for defects and make sure it’s “in good health.” His work involves making certain the circuitry on chips and other fabricated technology that Intel produces works correctly.