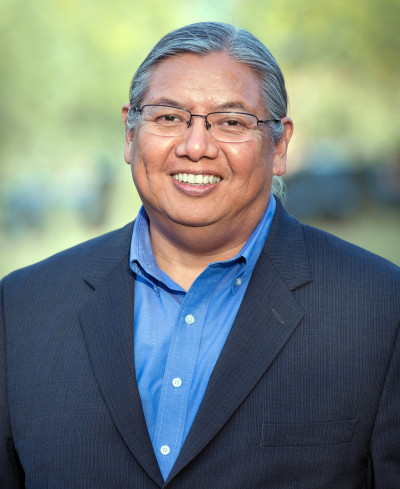 A promise to his father was what put Jacob Moore back on track to earn his associate in applied science degree from Mesa Community College, after working in the banking industry for 14 years. He continued earning a Bachelor of Science in finance and an Executive Master in Business Administration from the W.P. Carey School of Business at Arizona State University (ASU).

Today Moore is responsible for intergovernmental affairs between ASU and tribal nations and communities. Previously Moore was managing partner for Generation Seven Strategic Partners, LLC, and worked as an economic development analyst and special assistant for congressional and legislative matters for the Salt River Pima-Maricopa Indian Community. Additionally, he has 40 years of volunteer board of director experience in nonprofit organizations.

The path to higher education for Jacob Moore was not a straight one. He graduated from Marcos de Niza High School in Tempe in 1976 and briefly attended Fort Lewis College in Colorado but did not complete his degree. He came back to Arizona and spent the next 14 years in the banking industry, working his way up first at Valley National Bank, then United Bank of Arizona, which became CitiBank, which became Norwest Bank, and is now Wells Fargo Bank.

“After the third merger, I decided to get out of banking altogether,” Moore said. “My father had moved back down to the Tohono O’odham Nation and was elected chairman for the Nation. I promised him I would go back to school and, when he died, I knew that it was time for that promise to be kept.”

“I had a different level of maturity compared to my first attempt at college,” he said. “I wanted a master’s degree and needed the fundamentals that MCC provided. I wanted to shift careers and figure out how to parlay my banking experience into a degree where I could contribute to tribal nations and communities.”

At MCC, Moore found support from Phi Theta Kappa (PTK) advisor Betsy Hertzler and Tony Chavez, an advisor in Counseling Services and a former colleague of Moore’s father. A class in college survival skills was also very helpful, as Moore was returning to school after nearly 20 years since graduating from high school and had limited college experience.

“I knew if I could get good grades the first two years, which I was pretty certain that I could, the strategy would be to qualify for academic scholarships my junior and senior year,” he said. “The plan was to focus on school and academic success full time and limit working until I graduated, so every dollar was important. Knowing that there were scholarships out there, my goal was to transfer to Arizona State University and get some type of academic scholarship.”

Moore joined PTK, received a $50 book scholarship, and ended up being named to the All-Arizona and All-USA Academic Teams, receiving significant scholarships to continue his education.

“It’s challenging and significant to see the impact of the inequity for Native American students,” he said. “Only a small percentage of Native American students either pursue or succeed in higher education. For many who do pursue college, their ultimate goal is a selfless commitment to return home and bring back their knowledge and education to help their tribe and extended family.”

His advice to others, based on his academic experience, is that you have to be your own best advocate.

“Oftentimes, you are the only native student in the classroom,” Moore said. “The cultural differences and culture shock can be overwhelming on a large mainstream college campus, but I tell them, ‘Don’t let that deter you. Know that with hard work, self-confidence, and the courage to stand up for yourself, you can overcome any challenge.’”