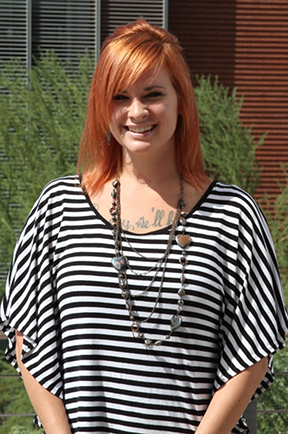 When Wendy Nessl took meteorology classes at Mesa Community College in 2010-12, she never dreamed she would be participating in SpaceX’s first Falcon Heavy rocket launch that sent a Tesla sports car into orbit.

Nessl, 29, works for a contracting company that provides weather support for companies that launch from Cape Canaveral, Florida. She said she was a bit surprised at the scope of the job and the media attention that the launch drew.

“When I found out we were helping launch rockets, it was overwhelming,” she said. “I felt underqualified. I didn’t know how someone who just graduated would know how to do something like that. But I rose to the occasion and have done several launches now. I love it.”

As part of the meteorology team that helped determine when conditions were right for the SpaceX rocket to launch, Nessl drew on her knowledge learned at MCC and Arizona State University.

She said MCC professor Erin Saffell and ASU professor Randy Cerveny were particularly key to expanding her initial foray into the sciences.

“Erin is the person who got me to where I am today,” Nessl said. “I wouldn’t be here without her. She pushed me into programs that I didn’t realize I would be eligible for and kept me up to date with extracurricular activities. She introduced me to people who helped me and encouraged me to pursue projects on my own and take the initiative.”

While at MCC, Nessl was a Phi Theta Kappa member and was chosen by NASA for the National Community College Aerospace Scholars program.

“That was my first encounter with anything space related and helped push my interest beyond just weather,” Nessl said.

Nessl said several members of her family also influenced her, including her father, who is an engineer, and her grandfather, who worked on the X-15 project at NASA in the 1960s.

“It was fun to see and learn what they do,” Nessl said. “There are a lot of STEM-educated people in my family. The influence of that pushed me toward a science career, and along the way, I picked up space exploration in addition to weather. I combined the two into what I work on now.”

Nessl said her greatest challenge at MCC was passing calculus.

“I had to take three calculus classes,” she said.  “I failed calculus 2 at least twice. It was a process. But I stuck with it and moved on to bigger and better things.”

“My advice to them is to not limit yourself to just classwork. Find extracurricular programs that will help you in your career. And don’t limit yourself to other people’s opinions of what they think you can accomplish,” Nessl said.

For now, she’s happy with where she’s at, but is always open to new opportunities. She’ll never forget being part of the SpaceX launch.

My friends and family were surprised and proud,” Nessl said. “They were excited to know someone who was part of something so innovative and part of the future.”