The lifetime earnings of a master’s degree holder, according to the U.S. Census Bureau, are $400,000 higher than an individual’s with only a bachelor’s degree. Graduate studies remain precariously out of reach for many talented students, with the average annual tuition for graduate programs standing at $30,000 for public universities and $40,000 for private colleges and universities. Financial concerns are often noted as one of the most consistent reasons why students choose not to pursue graduate education.

“Far too often price prevents even the most exceptional students from realizing their aspirations of graduate study. Cooke Graduate Scholars have overcome obstacles to reach the highest levels of achievement at some of our nation’s most selective colleges and universities,” said Cooke Foundation Executive Director Harold O. Levy. “With expanded opportunities for graduate study, they are certain to play important roles in numerous professional fields, improving the lives of many and benefiting our nation through their transformational talents.” 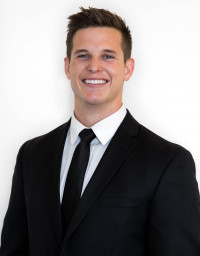 Sorenson, a biological science major, will be attending the University of Arizona College of Medicine. He hopes to become an orthopedics or pediatric cardiology surgeon.

“The graduate award is the pinnacle of all achievements I have received thus far,” Sorenson said. “The ability to potentially graduate debt free from medical school is unheard of. The foundation has granted me the opportunity of a lifetime.”

Celaya will be attending UCLA School of Dentistry to pursue a Doctor of Dental Surgery (DDS). Her goal is to work with underserved populations and open her own community health center one day. She also plans to research ways to improve dentures to raise the quality of life for elderly people. 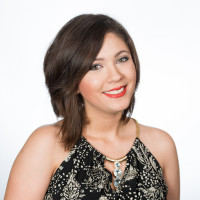 “The opportunity that the Jack Kent Cooke Foundation gave me helped me to reach my full potential, which surpasses the dreams and hopes I had when I first arrived to the U.S. at the age of 17,” Celaya said. “I thrived as a Cooke Scholar during my undergraduate journey by becoming a scientist, leader, and exceptional pre-dental student, but, most importantly, I will continue thriving during my journey of becoming a dentist and beyond.”

Both Celaya and Sorenson displayed their dedication and pay-it-forward attitudes by returning to MCC as bio-medical student panelists at the fifth semi-annual STEAM Conference for 130 Red Mountain High School students at the MCC Red Mountain Campus earlier this spring.