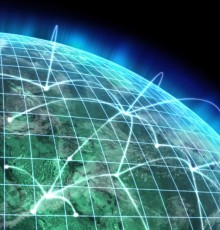 In combination, they allow scientists and non-scientists to explore, analyze, and model spatial information obtained from multiple sources and applications that include the physical, earth, and social sciences.

The comparative affordability of these technologies, combined with the relatively accessible spatial data have resulted in a rapid rate of adoption of GST by government and industry making them among the top high growth industries identified by the U.S. Department of Labor accounting for approximately 27,600 new jobs by 2018, a faster than average job growth (https://www.bls.gov/ooh/architecture-and-engineering/cartographers-and-photogrammetrists.htm).

Employers in Arizona who use GST and responded to a GEOCACHE survey identified a deficit in key STEM and GST skill sets among potential and current employees.

It should be noted that spatial statistics and spatial thinking may be considered STEM skills as well.

Using GST not only supports a possible career, but may buoy student achievement in science, technology, engineering and math (STEM) and 21st century workforce skills such as collaboration, communication, critical thinking and creativity.

Collaborative use of GST within a project based instructional framework will allow students to investigate real-world problems, experience working with large amounts of quantitative data, explore and communicate spatial patterns in those data, and solve spatial problems.