Jennifer Duff: From Fashion to Fishing to Philanthropy 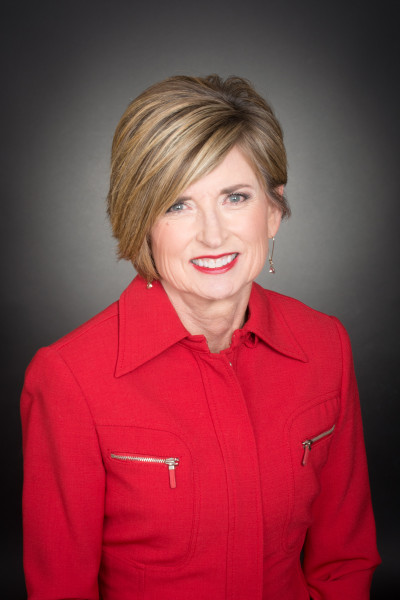 When Jennifer Duff graduated with an associate degree in fashion merchandising from Mesa Community College in the late ‘70s, she never could have imagined where her career path would take her. After a few successful years in the fashion industry, she switched gears to follow another passion—fishing.

“My first career was in fashion,” Duff said. “Burned out, I returned to MCC briefly to reinvent myself and started to compete in fishing tournaments on the side.”

After she won her first competition, Duff was hooked. By 1986, her hobby became a full-time career and soon she was invited to live in Japan for a year to compete and promote for Japan’s Bass Tournament Association.

In 1990 she returned home and started an import/export business, Jef International Inc. (named after the nickname given to her by fellow male anglers). Japanese distributors of sport fishing tackle were her first customers. She followed up on an opportunity to produce the first high-end Japanese lure in the U.S. market, the Rico, one of the topwater lures most in demand by tournament pros and sport fishermen around the world. Now she is the owner of that company, Lobina Lures, a division of Jef International, Inc.

“My education at MCC and experience as a buyer in the fashion world gave me the tools to be an entrepreneur and a leader in community endeavors,” Duff said.

Duff, a native of Mesa and a Mesa High School alumna, said she originally decided to attend MCC because it was THE education “go to” then (and now). It was an affordable and approachable transition after high school. She found the instructors were very engaged and eager to make her experience a successful one. One class she did not enjoy, however, was accounting.

“It’s funny, looking back, I struggled in my accounting class at MCC and, at the time, I didn’t see the value of those lessons,” Duff said. “Later, when I started my own business, the knowledge kicked in and I’m considered to be quite sharp in accounting! You never know how and when education comes into play.”

In addition to running her companies, Duff enjoys giving back as a community organizer, volunteer and nonprofit board member. She is a member of MCC’s Development Board, the City of Mesa’s Planning and Zoning Board and the Mesa Rotary. She is co-founder of Retail, Arts, Innovation & Livability (R.A.I.L.) and active in the Mesa Chamber of Commerce. She is a former board chair and current volunteer for the i.d.e.a. Museum.

Duff was inducted into the MCC Hall of Fame for Alumni Achievement in 2015 and will be the graduation speaker at MCC’s 2017 Commencement.

“Of all the adventures in my life, giving back is the most fulfilling,” she said.

Duff’s role as an active community member also gives her a perspective of the larger scale impact MCC has had on the community.

“MCC is a staple of our community, it’s one of the organizations that has shaped many generations,” she said. “It continues to be that ‘go to’ place and we see it as a core part of Mesa, not a separate entity.”

The future of MCC?

“It’s absolutely still the number one choice for higher education, whether it’s a first experience or a later learning opportunity,” Duff said. “In the future, MCC will have an even tighter alliance with high schools and employers to develop curriculum directly tied to the workforce. We must train students to reinvent and innovate. Employers can recruit directly from MCC and have access to students who are trained to fit into the current economy. ”