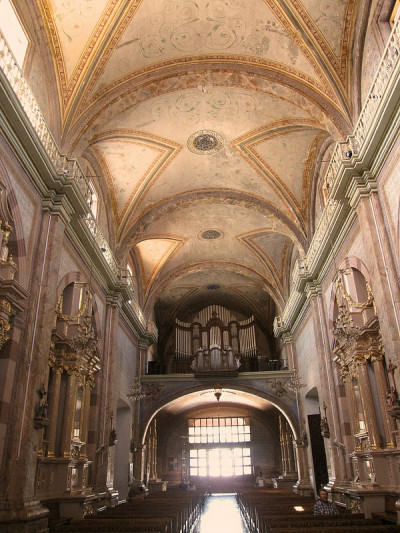 For Mesa Community College alumnus Chris DeWys, a study abroad trip to Guanajuato, Mexico in the summer of 1996 was an eye-opening experience thanks to MCC professors Jaime Herrera and Steve Bass, both of whom still teach for MCC.

DeWys, who today is a lawyer in San Francisco, said the immersive experience of living with a local family and hearing Spanish 24/7 was a crash course in the language.

“I had no Spanish classes in my background,” DeWys said. “But within two weeks I could figure out how to communicate nearly anything I needed. I felt so confident and was amazed at how quickly brain patterns change. I was even dreaming in Spanish.”

But DeWys acquired more than a firm grasp of the language.

“The trip raised my awareness of other cultures,” DeWys said. “I was surprised that most of the Mexican citizens were happy with where they lived and had no desire to go to the United States. I began to understand that there was a lot more to life than I thought I knew.”

Additionally, he and classmate Heidi Wadsworth realized that despite being from lower-middle class backgrounds and the first in their families to go to college, they could make travel part of their lives. They went on to backpack through Jamaica for three weeks in 1997 and then spent an entire summer backpacking through Europe in 1998. They are still friends today.

DeWys went on to backpack most of the Caribbean and took several more trips to Mexico, Europe and went to school for a semester in the Netherlands. He credits the first study abroad trip with the MCC group as the beginning of a lasting legacy to search out other cultures.

“There is need to say thank you for helping to get that ball rolling,” DeWys said. “Bass and Herrera both made a lasting impact on my life and I just wanted to reach out and say ‘thank you.’”

Travel is still part of his life and even though he’s forgotten some of the Spanish he learned on that trip, he has plans to go back to Mexico with his fiancé and do a road trip in Cuba. Thanks to geography professor Steve Bass, DeWys said he still loves geography, and he credits Herrera with helping him navigate the process for a $500 scholarship. Without those funds, he would not have had the ability to do the trip.

“I still tell stories on how I was somehow able to live in Mexico for roughly six weeks on $500,” he said. “I still have my ledger from that trip. It seems crazy how I can now blow through $500 over the weekend and not bat an eye.”

After attending MCC, DeWys transferred to Arizona State University and earned a bachelor’s degree in history, a master’s degree in Urban Planning and a law degree. He co-owns a small, yet growing, real estate and small business civil litigation firm in San Francisco.