MCC was a foundation for success for alumnus Romero 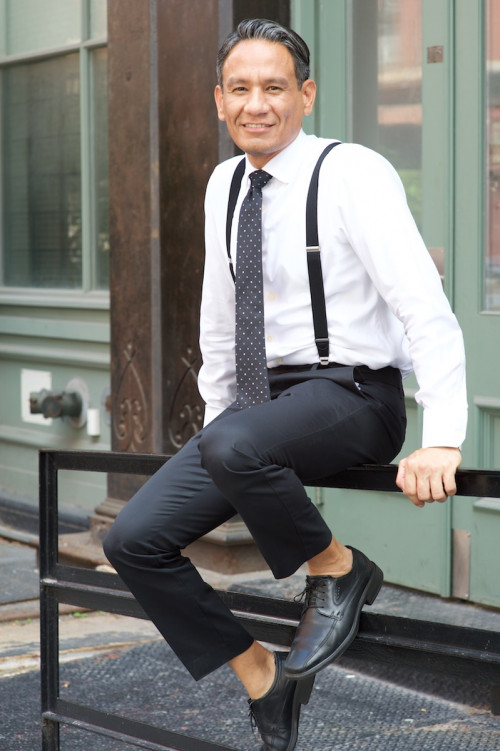 Manuel “Manny” Romero (1992), executive director of Public Affairs for Borough of Manhattan Community College-City University of New York, says, “Everything I learned at Mesa Community College led me to where I am now.”

This first-generation college student was at Nogales High School when MCC caught his eye. His aunt, Toni Hughes, lived near the Southern and Dobson Campus. Romero thought the college looked as though it would be ideal for him to attend.

“MCC always had more of a university atmosphere with a beautiful campus, clubs, cheerleaders, an undefeated football team and other things you don’t always think of as being at a community college,” he explained.

Personalized advising was another factor Romero credits with helping him excel on his career path. He remains in contact with MCC advisor, Paul Spencer Peterson II. Their mentor/student relationship has transitioned into colleagues in higher education.

It was at MCC that Romero decided he wanted to be a writer. A work/study position on the Mesa Legend set him on the fast track to becoming a journalist. He started out delivering papers and sending ad clips to advertisers, progressing through the ranks to reporter and then features editor. When one of the Legend reporters graduated and left her part-time job at the Mesa Tribune, Romero was hired for the obituary and wedding announcement beats by the legendary Arizona journalist John D’Anna, who became a role model and friend.

Of the MCC paper, he says, “Lynn Milner was the advisor to the Mesa Legend. She was very stylish, articulate and intelligent. Professor Milner shared her journalism experiences and led by example. She always advocated for us and taught us to pursue the story, controversial or not.”

Romero tells this anecdote about the rich diversity of Thunderbirds he came to know. He was showing the student taking over Mesa Legend deliveries on campus how it was done. Romero said because she had this long, dark hair and skin tone like he did, he started chatting with her in Spanish. She kept staring at him and finally pointed out she didn’t speak Spanish, she was Navajo.

“I was so excited to find out I had a Navajo friend,” he laughs. “She would bring in food from her home, teach me about her traditions and even came in one day in Navajo attire. Getting to know so many different people helped me grow my self confidence on many levels.”

Although he toyed with the idea of staying after earning his Associate of Arts degree to become the Mesa Legend editor-in-chief, Romero knew he needed to move forward, transferring to earn his Bachelor of Science in Broadcasting at Northern Arizona University. His first job was the education reporter for the Yuma Daily Sun. Wanting to move back to Phoenix, he became the public relations manager for the State Bar of Arizona. He then joined the media relations team at Arizona State University, becoming director of Hispanic Media. While working at ASU, Romero earned his Master in Mass Communications and became the first president of the alumni chapter of the Cronkite School of Journalism and Mass Communications.

Romero says a growing dream of his was to live in New York City, riding the subway, going to Coney Island and enjoying the arts, fashion, culture and nightlife. So, he packed up and moved to the Big Apple, connecting with former ASU colleague David Harrison to do promotions and fundraising for Parsons Dance, a contemporary dance company. He later became the PR director for Marymount Manhattan College, a liberal arts college located in the Upper East Side of Manhattan, then joined the City University of New York’s Baruch College as their director of PR. He continued moving up in the higher education field to his current role leading the Public Affairs Division at BMCC.

Currently working on his doctoral degree in higher education leadership, Romero’s dissertation is “Intentional marketing practices focused on the recruitment and retention of Latino students at community colleges.” Part of the research is autobiographical as well as informed by discussions with colleagues in the field, such as his former advisor Peterson.

He asserts, “It is critical for colleges and universities to continue learning about the needs and challenges of students, especially those from underrepresented populations. As higher education leaders, we need to continually research and learn how we can help ALL students achieve their dream of earning a college degree.”