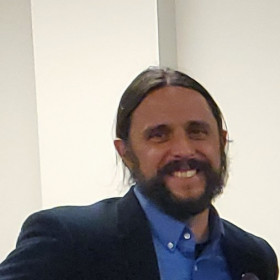 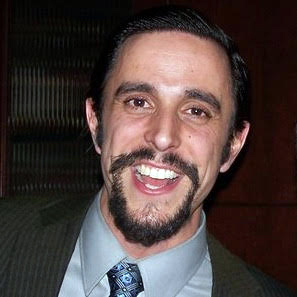 As associate editor at Forbes in Jersey City, New Jersey, Michael del Castillo writes about how blockchain and cryptocurrencies are being adopted by enterprises and the broader business community. His articles focus on the use of cryptocurrencies such as bitcoin, ethereum and XRP, and extend to non- cryptocurrency applications of blockchain in finance, supply chain management, digital identity and other use cases.

He describes himself as a “trouble maker,” a maverick who often contemplates augmenting general source technology with “open source” technology, which all can use freely.

This 2003 Mesa Community College alumnus met MCC Computer Information Systems faculty member Dennis Kibbe in March 2020, during an international conference on Hyperledger (blockchain
for business) in Phoenix. Upon learning that MCC launched a blockchain program in 2019, del Castillo asked Kibbe, who had earned a Massachusetts Institute of Technology Sloan School of Management Blockchain Technology Certificate, if he could meet with Kibbe’s class, which he did the following week.

Del Castillo says he was impressed that MCC was one of the first community colleges in the country to offer a blockchain technology certificate program, preparing students for emerging high-tech careers.

Starting his impressive career at MCC, del Castillo went on to earn his bachelor degrees at Mercer University in Macon, Georgia, including a one-year study abroad at England’s legendary Oxford University before earning a Master of Science from Columbia University’s Graduate School of Journalism in New York.

He particularly remembers his MCC English 101 class passionately taught by Donella Eberle, now retired, who introduced him to all the greats from Chaucer to Milton. He says she helped to strengthen his journalistic writing power, preparing him for his very first article written for the MCC student newspaper. He also thanks Dr. Barry Vaughan for the philosophy class where he learned to “think skeptically.”

Before starting at Forbes, del Castillo was a staff reporter at the blockchain news site, CoinDesk, where he covered the increasing willingness of enterprises to explore how blockchain could make their work more efficient, and in some cases, unnecessary. Having covered blockchain since 2011, he has been published in The New Yorker and was nationally syndicated by American City Business Journals. His work has been published in Blockchain in Financial Markets and Beyond by Risk Books and regularly cited in industry research reports, as well as in The New Yorker, Silicon Valley Business Journal and New York Business Journal, to name a few.

Since 2009 this Long Island-resident from Babylon, New York, has co-founded and run Literary Manhattan, a nonprofit dedicated to Manhattan’s rich literary heritage and events, revealing the enriching power of literature as it exists on every corner in New York. Additionally, del Castillo is a founding board member of another nonprofit, Pen Parentis, which showcases parents who write and provides critical resources to working writers to help them stay on the creative track after starting a family.

Del Castillo says, “My MCC education was up there with many of my Ivy League experiences. MCC students just have to spend the time taking what they learn at community college seriously and it will really pay off.”