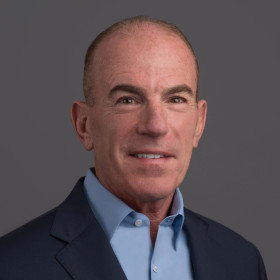 Karl Schroeder rose through the ranks from courtesy clerk to executive leader. He is now President of the Seattle Division for Albertsons Companies, where he is responsible for 239 stores in Washington, Alaska, and Northern Idaho under the Safeway, Albertsons, Carrs, and Haggen banners.

Karl earned an associate’s degree from Mesa Community College, a certification in Food Industry Management from the University of Southern California, and a Bachelor of Arts in Organizational Leadership and Behavior at the University of San Francisco. At USF, he received the Dean’s Medal of Excellence from the McLaren School of Management, the 2013 Executive of the Year honor from the USC Marshall School of Business, as well as the 2014 Illuminator’s Torch Award.

An avid runner and cyclist, he has participated in several endurance races. Karl’s latest venture is producing a Cabernet, which is bottled and labeled in honor of his family members from a small vineyard at his California home.