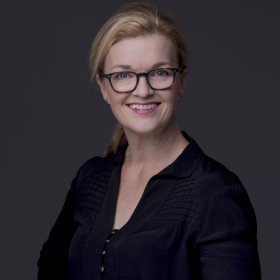 A mother of seven, she and her husband Ivan head a blended family of nine. Allison says being an entrepreneur has given her the autonomy to contribute to her family while devoting time to the challenge of raising two children with severe autism.

Her entrepreneurial spirit emerged when she used to sell toys to the neighbors – until her mother found out. Allison started a scrapbooking store, Memory Lane, in 1993, which she and her partner sold after 12 years.

In 2005 she opened The Allison Tyler Jones Photography Studio, ranked one of the USA Top Performing Studios, according to the Professional Photographers of America. Her portrait clients include many Valley celebrities. In 2016, Allison was inducted into the Society of XXV, which is a group of 25 of the top portrait artists in the world.

Allison has been featured by Professional Photographers of America. She is an author of popular photography books including “100% Kid: A Photographer’s Guide to Capturing Kids in a Whole New Light,” “Designing With Photos,” and “Expressions: Guide to Taking Extraordinary Photos of an Ordinary Life.”

Each year, she and her staff create touching portraits at The Steele Research Center in the Tucson Medical Center for the fundraising branch called PANDA. Steele is a children’s research hospital searching for cures for heartbreaking childhood diseases. Allison says that having two special needs children makes it especially meaningful for her to volunteer to create the images.