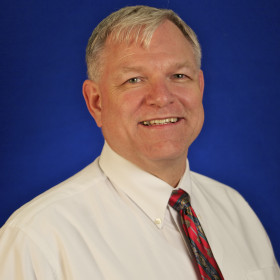 This is a man who has truly set a high benchmark for service to the college, the community, veterans and our nation.

Serving in the United States Navy during the Persian Gulf War, he went on to become an accomplished educator and extraordinary volunteer, making important differences in the lives of countless people.

Arlen has been given kudos too numerous to list for his outstanding service. He has received teacher and educator of the year honors from the Tempe Diablos, National ACE organization, KNIX, KNEZ and the Dairy Council. Arlen earned Congressional Recognition for working with veterans in the Troops to Teachers program.

His service to the Civil Air Patrol, America's premier public service organization for carrying out emergency services and disaster relief missions has earned him a multitude of recognitions over the past 18 years, including Southwest Region Aerospace Teacher of the Year in 2011 and Excellence in Education Awards 2006 through 2015.

More than 5,000 survivors of hurricane Katrina were under his care at the Arizona Coliseum in his role as the manager of the Arizona Red Cross Shelter. His work with the Arizona Special Olympics and fundraising for the National Kidney Foundation of Arizona are but a few of the volunteer endeavors for which he is renown.

His MCC activities include the Alumni Advisory Board; Psi Beta Alumni President; Phi Theta Kappa Alumni Board; and the Community Emergency Response Team.