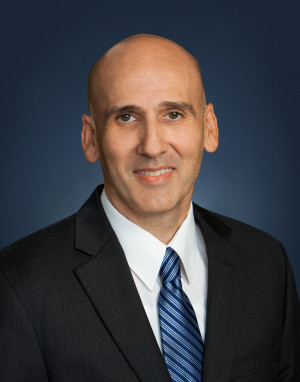 I am pleased to announce exciting news and an important initiative that launched this past spring. These developments position MCC to better meet workforce demands and increase college degree attainment in our community.

MCC is the only Arizona community college and one of six in the nation selected to offer Apple’s app development with Swift curriculum. As a major provider of workforce training, MCC is proud to be responding to industry demand for qualified iOS App developers.

Beginning with the fall 2017 semester, classes will be offered in Object Oriented Programming Fundamentals-Introduction to App Development using Swift/Xcode in an iOS classroom environment. MCC will follow-up these classes with two sections of the Introduction to iOS Application Development course in its Spring 2018 schedule, as well as incorporate the iOS-focused courses into MCC’s degrees and certificates of completion in the programming, game and multimedia technology areas.

Beginning with the 2017-18 school year, each of the six high schools in Mesa Public Schools (MPS) will have a full-time MCC college advisor. The partnership aims to increase attainment of post-secondary credentials.

The MCC - MPS College Advisor Program will assist students with opportunities to earn college credits in high school through Early College programs, such as dual and concurrent enrollment, and seamlessly transition to college to obtain post-secondary credentials. The program benefits MPS students, MCC, and the economic vitality of the Phoenix-Mesa metropolitan area, and is based on a proven model used by several exemplary institutions of higher education to effectively increase college degree attainment.

The Region VIII Kennedy Center American College Theatre Festival (KCACTF) was held at MCC this spring.  Hosting an event of this stature is a rare privilege for a community college and shines a national light on the caliber and importance of the arts at MCC.

MCC was selected to host the Festival because of our state-of-the-art facilities: the MCC Theatre, Performing Arts Center, and Studio 28 recording studio. These venues, as well as our Art Gallery, exist because of the phenomenal support of our community, who approved a bond referendum in 2004 that made new facilities and upgrades to existing spaces possible. More than 2,000 people traveled to Mesa to participate in the festival.

We proudly continue to serve our community and thank you for your continued support.