Alumni in the News

At MCC, we never tire of hearing about the pursuits and successes of our alumni.  Below is a compilation of alumni who have been in the news over the past few months.  If you or a fellow alum is featured in the news, we’d like to know.  Send the information to marcy.snitzer@mesacc.edu.

Turley excited to be back home in the White Mountains
MCC alum Tony Turley started as the city’s new Administrative Services director Jan. 6. Turley attended MCC in 1984 and credits his accounting class at MCC as providing the start to his career.
White Mountain Independent, January 20, 2014

Mesa resident works through lupus to help others
Alumna Maj. Antoinette Grimes enrolled at MCC after retiring from the military due to lupus.  She now works as a lupus support group facilitator, advocate for female veterans and a personal trainer for people with disabilities.
East Valley Tribune, March 11, 2014

Meet Marla Denham: Denham calls ‘em as she sees ‘em
Marla Denham attended MCC in 1981, playing volleyball and basketball. She is now the coordinator of basketball and volleyball officials for the Big Sky Conference.  She was inducted into MCC’s Sports Hall of Fame in 2008.
Missoulian, March 16, 2014 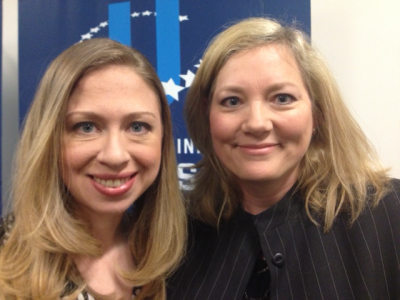 Chelsea Clinton with Alumna Kathleen Stefanik Clinton Global Initiative
MCC alumnae Kathleen Stefanik and Mirelle Wright participated in the Clinton Global Initiative University. CGI U convenes students from around the world to work at developing solutions to human right abuses, women’s social and economic empowerment, and HIV/AIDS in the U.S.
Q&A with Chelsea Clinton at CGI U, ASU News, March 22, 2014

Southeast Valley Zoning Attorney has seen controversy, success
After 35 years as a zoning attorney, 60-year-old Ralph Pew, an MCC alum, has represented some of the most contentious cases in Mesa, Gilbert and Chandler.
The Arizona Republic, April 12, 2014

Mesa residents honored for blood donations
David Clarkson of Mesa has given blood 182 times since his first donation as a student at Mesa Community College, according to a press release. He is motivated to donate by his son’s diagnosis with and recovery from leukemia, according to the release.
Arizona Newszap, May 1, 2014

Social work grad shares story of survival as advocate for victims of sex trafficking
Savannah Sanders earned her GED in 2010 and applied a full scholarship toward her studies at Mesa Community College.
ASU News, May 2, 2014