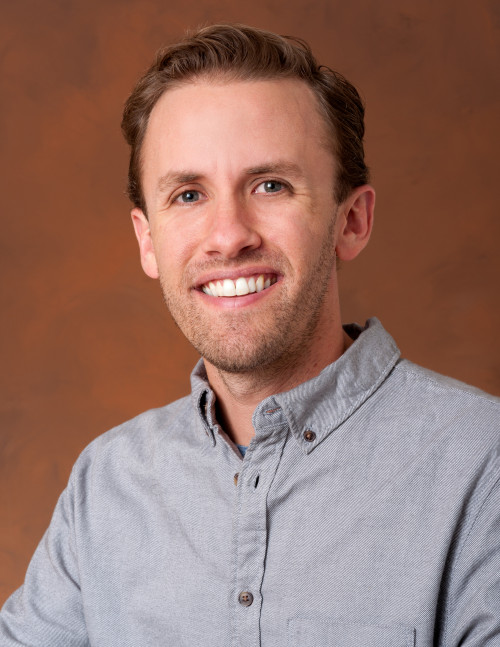 Patrick McGarey When Patrick McGarey graduated from MCC with an Associate in Arts degree, he never expected to be where he is today. Patrick, a robotics technologist at the National Aeronautics and Space Administration’s Jet Propulsion Laboratory (NASA) in Pasadena, admits the path to his career was not a straight one. He tells students that all the diverse knowledge and experience he obtained along his journey was absolutely invaluable.

Patrick attended MCC in 2008-09. He previously tried music school and had even toured in a USO band where he played for service members around the world. He took a couple of MCC astronomy classes with professor Kevin Healy and a geology class with professor Donna Benson; both instructors inspired him and changed the course of his life.

“The Astronomy 101 course with Kevin Healy blew my mind,” said Patrick. “This topic, that I was previously not interested in, grew like wildfire in my brain. It came more naturally than in high school. I began to fill my extra time programming the star show in the planetarium and stargazing from the rooftop of the college.”

“Her energy made me think that science is cool and something I wanted to go into,” he said.

With an associate’s degree from MCC in hand, Patrick enrolled in Earth and Space Exploration at Arizona State University, but continued to take courses at MCC and recommended that others do so as well.

“It was a great way for me to complete physics and calculus and other needed classes,” Patrick said. “The MCC teachers are so excellent, it costs less and you can take on more coursework during a semester.”

Patrick ended up pursuing robotics projects at ASU, specifically for earth and space exploration. He gained experience as he flew a kite plane over the San Andreas Fault and took aerial photographs for geologists to analyze, to see how earthquakes changed that region of the U.S. He also worked on an airborne balloon payload which rose to 120,000 feet. He generally had a great experience.

Patrick said, “I was still not sure about grad school yet when I finished ASU in 2012. I ended up working in two labs as a technical engineer. After a year, I took the Graduate Record Examinations, applied for a Fulbright Canada STEM scholarship, and was one of two students who applied and won it.”

“I found I was really embracing my different background, the non-linear path, and when things started clicking, I was more mature. It seemed amazing that I received the Fulbright scholarship--someone who dropped out of music school, went to MCC, completed this wonky Earth and space degree, with no specific direction. Now, here I was, a Fulbright scholar in another country, with top students from MIT and Stanford.”

Patrick continued his education, receiving a Ph.D. in Aerospace Engineering from the University of Toronto. After every accomplishment, he emailed Healy.

“I’d write, ‘hey I just got a scholarship, hey, I just defended my Ph.D., hey I just got into NASA.’ I’d tell him it was directly because of him. These professors sacrifice their own research and go into a world of education and I wanted to make sure he knew how appreciative I am of that.”

Today Patrick is working on the proposed concept of a cliff-descending, tethered moon diver for the exploration of the Tranquillitatis Pit, near where the Apollo 11 astronauts landed on Earth’s moon. The proposed concept is that an extreme terrain rover called Axel will explore the layers of past eruptions to gain information on how the moon formed, which may also provide information on the Earth’s development.

Patrick returned to MCC recently to talk with students about his career. He’s also working on a plan to bring MCC students to tour the Jet Propulsion Lab at NASA.

“I started at MCC,” he said. “How could I not go back and talk about the benefits of a different path? No one told me that there was any pathway to work at NASA. I had to go and pay it forward to whoever is in Kevin’s class now.”

“I told students during my talk that there’s no one path to some eventual goal. At MCC I found the freedom to try something new, in classes that are of high quality and low cost. There’s no need to be afraid to take a risk and keep an open mind.”