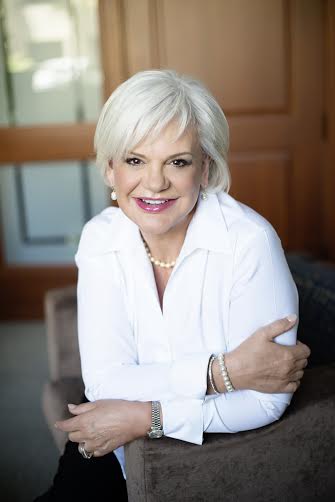 When Deborah Bateman attended Mesa Community College, two classes ended up being what she calls “the underpinning foundation of my life.”

“I became very involved in business classes at the time, and competed in state and national contests as a member of DECA (Distributive Education Clubs of America),” Deborah said. “Communications and Speech classes ended up being really formative for me, especially the speaking aspect, and that has really carried me through my life. Those two classes gave me an enormous amount of confidence.”

A 1971 graduate of MCC with an Associate of Arts degree in Business, Deborah is now Vice Chairman of the Board of Directors for National Bank of Arizona. A 43-year career in the banking industry unfolded after she left MCC.

She started with Valley National Bank as a teller, and worked her way up to management and executive positions. After Valley bank was acquired by Bank 1—which was subsequently acquired by Chase Bank—Deborah opened her own consulting business for banking institutions. She helped create 26 community banks in the southwest and became a passionate advocate for community involvement and “finding your own voice” through speaking engagements, the book she co-authored (Succeeding Through Doubt, Fear, and Crisis), and her web site, which offers mentoring, learning journeys throughout the world, and speaking opportunities (www.deborahbateman.com).

Community, as you might have guessed, is her passion.

“When I was at MCC, the leaders of our communities were bankers, they were the ones visible and making things happen because of their involvement in economic development,” Deborah said. “It was about relationships and community engagement and making a difference in the community.”

“I do want to change the world,” Deborah laughed. “I saw the ability to work for a bank as being a way to have an impact on my own community.”

A graduate of Mesa Westwood High School, Deborah is based in Phoenix but has worked in Chicago and New York during her career. She currently serves on seven non–profit boards of directors, including the Phoenix Symphony, Phoenix Suns Charities, the Arizona Council for Economic Education, the Florence Crittenden Foundation, and O’Connor House.

She is also involved in volunteerism and is currently chairing four charitable events over the next 12 months for Big Brothers Big Sisters, the American Heart Association, and the Florence Crittenden Foundation, one of the oldest non-profits in Arizona.

Deborah has been honored with numerous awards and recognition for her commitment to community involvement, including honors from the Girl Scouts of America, the Phoenix Chamber of Commerce, the Cystic Fibrosis Foundation, and the YWCA Tribute to Women.

Her career arc of success began in those business classes at MCC. Her advisor at MCC, Louis Giallonardo, was a business professor and DECA advisor, and they became lifelong friends. In the early 1990’s, she invited Louis to join her when MCC honored Deborah and other alumni at a campus recognition event. Deborah is also an advocate for community colleges, and attainment of an AA degree at MCC is prominent in her on line and printed bios. Something Giallonardo said at the recognition event “resonated” with her, she said.

“He said being a professor, these are the rewards; when 20 years later, someone like me comes back, and it makes everything they’ve done all worthwhile.”

“There are so many reasons to embrace a community college education, more so in today’s environment,” she said. “A lot of people at age 18 don’t know what they want to be, and the community college is relationship-oriented, which helps you discover who you are.”

“I always advocate for a four-year degree, but it’s not necessarily the recipe for all people,” Deborah concluded. “The thing about an associate’s degree is that you always have it, and sometimes when you take a different tack you wouldn’t necessarily end up with a degree, just a lot of class hours.”