MCC Employee Takes a Shot at The Impossible Project 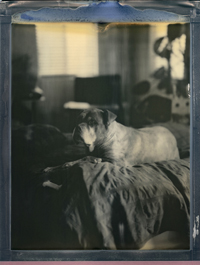 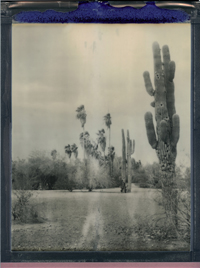 Neal Winter is not a mainstream modern photographer. He creates images by using plastic toy cameras that leak light, resulting in highly original images when printed. Winter’s unusual artistry is based on educated guessing and experimentation.

A few years ago, Winter followed his passion for experimentation and became involved in an effort called The Impossible Project.  As a result, two of his photos recently appeared in a New York photography exhibit.

“It was pretty exciting to learn my work would be in the exhibit,” said Winter, who works as a photo and computer technician at Mesa Community College.  “There are only 12 photographers in the show with only a couple of images from each person. Just to have the opportunity is great.”

The Impossible Project started with a small team of former Polaroid employees who shared a passion for reinventing instant film. In October 2008, when Polaroid closed its factories, the team saved the last Polaroid production plant in Enschede, Netherlands. Because the original Polaroid dyes were no longer available, they had to start from scratch and invent totally new instant film materials (one of the reasons for the name, The Impossible Project).

Winter assisted in the efforts from the beginning, taking photos from his location in the Southwest to test the new film materials.  Hundreds of other photographers from different locations around the world conducted similar tests. Winter was one of the only photographers in the project from the Southwest, allowing for testing to take place in the unique climate conditions here.

Then, a few months ago, Impossible released their first 8 x 10 film to these test photographers. Winters acquired the film and was asked to submit photos for the exhibit.

"I've gotten to know these people over the last 2 years by talking to them over the phone," Winter said.  "It's nice they noticed me.  Their product lends itself very well to my style of photography."