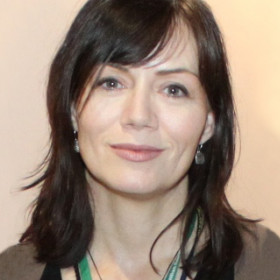 How did you arrive at MCC?

I was not sure what I wanted to do with my life.  I had dropped out of Phoenix College and was basically, a bit 'lost'.  I was eventually working at the Motorola facility that was previously located on Broadway, near the MCC campus.  I initially started with engineering courses, that aligned with my work (at Motorola).  I worked from 11 p.m. until approximately 7:00 a.m. and would attend classes directly after my shift ended.

What is your single most positive memory or impression of MCC?

For me, it is difficult to arrive at a 'single-most' positive memory or impression.  I found the caliber of the educators affiliated with MCC excellent.  They were engaging and appeared to truly care about their prospective field(s) and the students in attendance.  This was crucial for me, as I arrived at class after shift work.  If the learning environment was not appealing and/or engrossing, I doubt I would have managed to ultimately finish, given my work situation at the time.  Although I changed my focus and made the decision to graduate with an Associate of General Studies Degree, it was this solitary accomplishment that for me was the positive emphasis I needed to move forward in life.  It started me on a focused path within academia.

Where did your MCC education take you?

Where has your education led you?

I am presently involved in managing a drug trial for tinnitus relief.  In January 2015, I am due to begin a lecturing role at the University of Canterbury.  I often wonder where my life would have headed, had I not enrolled at MCC and enjoyed that much-needed, initial achievement.

How has your MCC educational experience followed you in your career and life?

I believe that MCC's approach is essential to the surrounding community.  I imagine I was not, and will not be the only young person who did not have a clear idea of what path they should be following, regarding their future.  The overall ethos of MCC was able to support, encourage and transform--we gently recycle used material and rubbish, yet in many ways can often fail to initiate or develop latent interest or potential success, in people of all ages--our greatest assets.  In my case, my experience at MCC caused me to feel validated.  It transformed my life and I am certain it continues to impact the local community and global sites via previous students and their collective experiences.

What do you see as MCC’s biggest challenge for the future?

Technology is changing the communication and educational landscape.  It enables us and connects us, but also challenges everyone.  As it changes and evolves so rapidly, I feel that staying on the 'cutting edge' is a constant, relentless pursuit.  Combining this with the pressures of steady population growth will likely challenge MCC to meet these requirements, while retaining its standard of excellence.

How did MCC’s faculty and curriculum help you prepare for your future?

I had not enjoyed much success academically, until arriving at MCC.  The curriculum was challenging and engrossing enough to retain me as a student, despite supporting myself through over-night shift work while attending classes there.  The staff and educators were dedicated and I felt as if they approached me as an individual--I was not a number or a body occupying a seat.

Would you recommend MCC, and if so, why?

I would recommend MCC because it was down-to-earth and community-minded enough for me to not feel intimidated. I would encourage anyone, whether not sure about their outlook or somewhat disenchanted with other educational institutions, to give MCC a try.  It may open up the entire world to you...or at least, take you half-way around the globe to Austral-Asia and New Zealand shores...