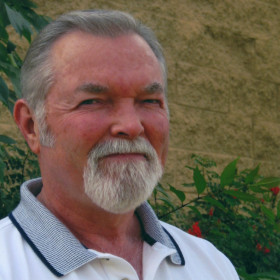 Selmer Olson was an MCC coach and residential faculty member in the Exercise Science department for more than 35 years. Track and Field defined Selmer’s career. As an assistant coach from 1971 to 1981, the Thunderbirds were four-time National Team Champions and our athletes set records in javelin, discus, and shotput, including a world record in shotput. Four top 10 NJCAA finishes followed from 1982 to 1987, under his leadership as head coach for men’s and women’s Track. From 1994 to 2007, Selmer served as head men’s and women’s Throws coach to approximately 100 All-American National Champions and national meet record holders.

Selmer is a regular guest speaker at the US Olympic Training Center, and has been invited to train top 10 shotput, discus, and hammer throw athletes through the Olympic Training Center Elite Juniors Program. He was a designated special coach for the Pan-Am Games and US Senior and Junior Championships, and twice he was elected the National Coach of the Year.

Selmer’s coaching honors include football, where he served as assistant coach to MCC’s 1973 and 1974 National Champions. He also has developed dozens of coaches who currently coach at all levels of competition.