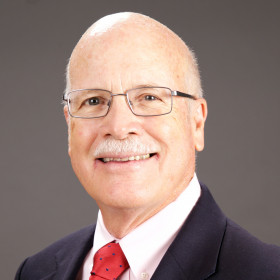 Emmet served as Presiding Juvenile Court Judge from 2004 to 2006 and Presiding Judge of the Southeast Regional Court in Mesa from 2006 to 2008. He was a member of a workgroup that created the Arizona Supreme Court’s “Planning for Parenting Time: Arizona’s Guide for Parents Living Apart,” and was appointed by Governor Janet Napolitano to chair the Governor’s Task Force on Juvenile Corrections Reform, which was created following the suicides of two juveniles who were in custody of the Arizona Juvenile Department of Corrections. From 2009 to 2014, Emmet served as chair of the Arizona Supreme Court Committee on the Impact of Domestic Violence and the Courts.

Emmet has volunteered countless hours over his 40-year legal career, educating people about the judicial process and the legal profession, speaking to classes, and having individual students spend the day with him at work. Additionally mentoring youth, Emmet coached Little League Baseball every year for 22 years. He served on the Board of Directors for three Mesa Little Leagues, the MCC Alumni Association, and on the St. Bridget Church Parish Council.