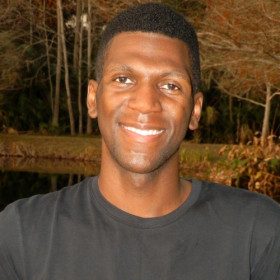 Xavier Patten started out as a music major at Mesa Community College. His focus changed after taking a dance class.

Today he works for Walt Disney World in Orlando as a parade performer and at Universal Studios as a dancer.

“I just enjoyed the MCC dance class so much,” Xavier said. “MCC gave me the core of my dance training and I feel like it was the best place for me to get that foundation. Without it, I would not be where I am.”

He said the dance program gave him plenty of opportunities in the field of entertainment, from volunteering with other schools, to doing a fashion show at the Ritz Carlton and even performing in the Pepsi Super Bowl XLIX Halftime Show.

Xavier was a Disney Program intern while at MCC in 2015. The experience led him to become a regular season performer at Disney World in 2016. Even though he was in the midst of pursuing an Associate in Arts, Fine Arts-Dance degree, he took advantage of the opportunities to perform at Walt Disney World and Universal Studios.

“The training I got at MCC prepared me to audition for not just Disney but Universal Studios Orlando, Vincent Sanrocco Dance Company; and Modern Theatrical, a small theatre group,” Xavier said.

“Performing and knowing that I would finally get paid to do what I have been paying to learn was a great feeling and made me feel very accomplished,” Xavier said.

Though working in his chosen field, he does plan to return to college. “Someday I will finish the degree,” Xavier said.

He’s learned to take things in stride during his experience in the entertainment industry. Xavier advises other students who go into the field to do the same.

“You must keep your body in shape and realize that entertainment is subject to change,” he said. “You can do plenty of shows here in the theme parks but at any moment a show that you do will eventually close. Four of my shows have closed since I’ve become a part of them, but I’ve also been able to open three of them.”

Xavier also recommends community theatres for those pursuing a career in the performing arts.

“Auditioning and getting involved with the community theatres and dance companies is a perfect way to keep current on your skills,” said Xavier. “And keep taking classes because you can only get better.”