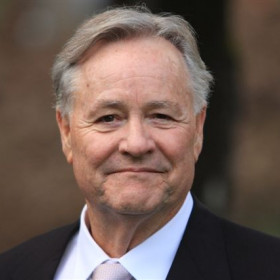 Peter Fennell was an All American, first team honoree for the National Junior College Tennis Conference and the Arizona Community College Tennis Champion in both singles and doubles in 1968 and 1969. He lost only one singles match in conference play during his two years at Mesa, and was undefeated in conference doubles with partner Chris Evenson.

Peter, a 1969 MCC graduate and member of the Men’s Honorary Scholastic Society, received his bachelor’s degree from the University of Arizona. He went into the insurance business, working his way up from underwriter and agent to partner and owner. In 1999 he opened Fennell and Associates Incorporated, with corporate offices in Oklahoma City, Tulsa, and Dallas. Earlier this year he sold his interests in the Oklahoma offices to focus on the continued growth of the Dallas agency.

Peter’s accomplishments include the restructure and rehabilitation of the Association of General Contractors, Highway Division, Self-Insurance Workers Compensation Program in 2001, which was more than $1 million in the red and on the verge of collapse and takeover by the state insurance commission. After restructuring, the plan became solvent in less than two years and is still successfully operating.

Peter has served on the Board of Directors for the YMCA, been a volunteer coach, and was president of the committee charged with building the new school facility for Oakhall Episcopal Primary School of Ardmore. He was recognized by Archbishop Beltran of Central and Western Oklahoma Catholic Diocese for his help raising funds for the preservation of historic church works of glass.