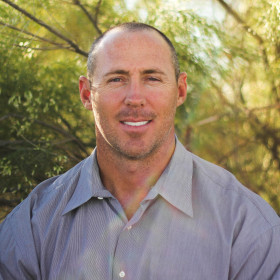 Derek Price was MCC Football’s Most Valuable Player in 1992 and was honored as the All-American Junior College Grid Wire Tight End and Western Conference Offensive Player of the Year. He earned a scholarship to the University of Iowa followed by a career in the NFL as a tight end for the Detroit Lions. His time in the NFL was cut short due to a severe neck injury, which required career-ending surgery.

Post NFL Derek enrolled into Life University College of Chiropractic, graduating with honors. Derek continues to pursue a rewarding career in the medical field both treating patients and consulting. He owns and operates a beautiful Sports Orthopedic Medical Clinic as well as CrossFit Gyms.

Remaining dedicated to athletics, Derek works out daily and carves out the intense time needed to train for Ironman Triathlons, CrossFit Competitions, and Alcatraz Open Water Swim Races. Through the SEALFIT program, he enrolled in a Navy SEAL Hell Week. Administered by current and former SEALS, he was selected Honor Man of Class 17 and was awarded an entry intern position with the SEALFIT team. Working tirelessly toward his goal, Derek is proud to be one of a very small population of Certified SEALFIT Kokoro Coaches who administer SEALFIT camps around the world. Derek has served as Sr. Cadre for more than 20 HELL WEEK simulations with the SEALFIT group.