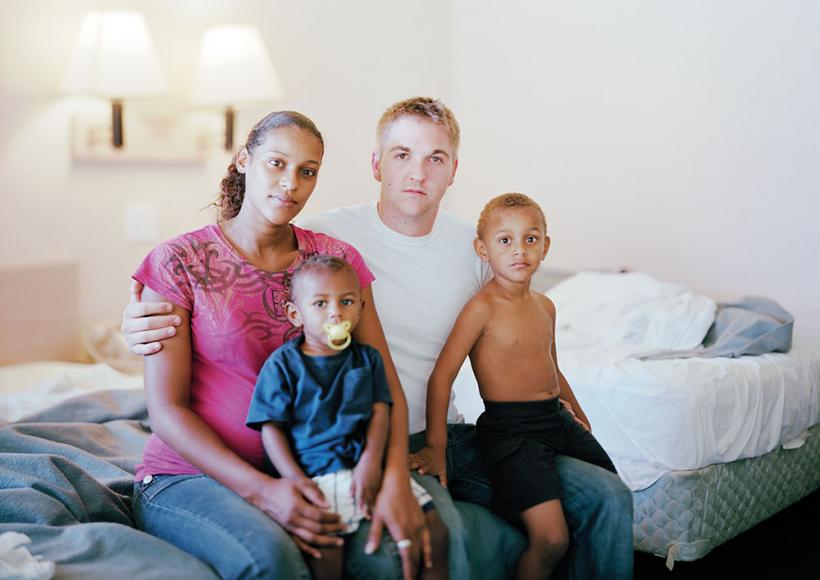 Photographer Richard Renaldi asks complete strangers to pose intimately, their bodies touching, and then captures their interactions with a large-format, 8-by-10 view camera.

Ann Pallesen, curator and Gallery Director of Photographic Center Northwest, Seattle, says "the photographs in Touching Strangers challenge the viewer to explore their own assumptions about race, cultural differences, sexuality, and presumed identities. Renaldi's work celebrates the diversity in our culture and aims to break down unnecessary barriers."

Touching Strangers features thirty-two photographs, and is organized by Aperture Foundation, New York.  Aperture, a not-for-profit foundation, connects the photo community and its audiences with the most inspring work, the sharpest ideas, and with each other - in print, in person and online.

The traveling exhibition Touching Strangers was made possible, in part, with the support of the Robert Mapplethorpe Foundation.

MCC Art Gallery is open to the public Monday through Friday, from 9am to 5 p.m. The gallery will be closed on Monday, February 20, 2017 in observance of President's Day.