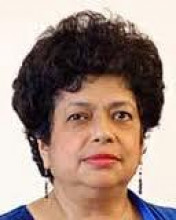 As author of “Radical Transformation Leadership”, Dr. Monica Sharma describes how we can source our inner capacities and wisdom to manifest change that embodies universal values such as dignity, compassion, fairness, and courage. She draws on more than twenty years of work for the United Nations and elsewhere, she presents a radical new approach to transformational leadership, one that creates systems of change where everyone can engage—not just analysts and policy-makers.

Dr. Sharma, demystifies policy-making, planning, and implementation so that everyone can play an informed and strategic part in eradicating the world’s most intractable problems. Formerly, Director of Leadership and Capacity Development at the United Nations, trained physician and epidemiologist, Dr. Monica Sharma worked for the United Nations 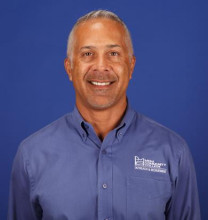 Student Leadership and Development has been at the core of Mr. Reents’ personal, professional and academic journey. Currently, he directs and manages the Office of Outreach and Recruitment for MCC.

Empowerment is a concept represented by feelings of self-determination, meaning, competence, and impact that applies to a variety of situations beyond the workplace. Although some may consider this attribute innate, this session will aid students in developing or strengthening their existing behavior. This group activity will not only be fun but also include a brief personal assessment of their empowerment level. Join us as we discuss, apply and define personal empowerment with activities related to real-world applications.

Greg is a veteran of the United States Air Force and a former High School American Field Service (AFS) ambassador emerging and interpreting cultural differences for three months in Liberia Africa. After his enlistment, Mr. Reents received his baccalaureate in Business and his masters from NAU in Counseling. He has an additional 60 hours of post course-work and continues to be an advocate for developing inclusive environments that encourage personal growth.

For more than fifteen years, Greg has worked under the umbrella of Student Affairs as a champion of student development and continues to commit his passion to the positive development of all students to fulfill their individual educational goals.

His strengths include creating leadership programs that bridge at-risk high potential under-served students and their parents with needed resources and education. As a student and employee, Mr. Reents has been committed and involved in cultural organizations and clubs as well as the recruitment and support of underrepresented students of color, staff and faculty.

This presentation will help students to see what hard work and dedication will do to help them be prepared. As a University of North Carolina at Pembroke Athletic Hall of Fame Inductee, I will share resources to attain competencies to prepare you for the workplace. These employability strategies will help develop the students’ personal and social abilities.

Russell Clark was a two-time NCAA All-America high jumper and still holds the UNCP school record in the high jump. A Charlotte, N.C. native, he recorded his personal best mark of 2.185 meters (7-feet 2) in the high jump in 1986.

Clark majored in journalism and served as the Student Government Association Entertainment Chairperson from 1984-86. After graduating in 1986, Clark became a Sports Editor for The Charlotte Post Newspaper and Head Track & Field and Cross Country coach at Johnson C. Smith University. He later enlisted in the Army as a combat journalist and was a world-class jumper for the US Army.

While stationed in Berlin in 1991, he won the high jump title at both the Indoor European Championships and the USAEUR Championships. He was also a two-time Armed Forces champion and a member of the 1991 World Military Champion Track and Field team. He has been a featured presenter at the Nike Speed Elite Coaches Summit, while also serving as president of Dads for Education.

Currently, he is a military employment and business development coach in Phoenix, Ariz., and has been a servant-leader for veterans with USA Cares and the National Association of Black Veterans. Clark and his wife, Teresa Smith, reside in Phoenix with their four children, Kourteney, Russell Jr., Tristan and Keynon. 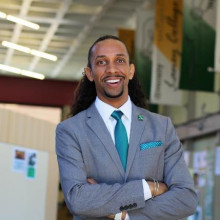 This 50 minute presentation will create a clear picture of the four elements of SWOT; student will learn strategies on how and when to apply SWOT; enjoy an interactive assignment by conducting a mini SWOT and implementing your own personal SWOT to rise to the #NEXT LEVEL

Wade will be awarded in Spring 2018 as a ‘40 Under 40 Awardee’ by his alma mater, Elizabeth City State University for his contributions in higher education, philanthropy and global partnerships. Wade began as the Director of Student Activities and Campus Life within the Peralta Community College District, and within six months, he was appointed as the Interim Dean of Student Services. After a nationwide and highly competitive search, Wade was named as the Dean of Student Services at Laney College.

Aside from Wade’s involvement in higher education, his passion for pageantry is equally stimulating as he is the Founder & Lead Consultant of KJWade Consulting and Young Urban Professionals (Y.U.P!). Wade’s firm, focuses on consulting services in international pageantry, motivational speaking, professional & career development, educational facilitation, and global excursions.

Growing up in the poorest town in North Carolina, Kevin realized at an early age that the key to exiting his small town and opening doors on a global level was through education. With that, Kevin has worked at Elizabeth City State University (NC), Virginia Union University (VA) and at Prince George’s Community College (MD)

Wade is currently completing his doctoral degree in Community College and Higher Educational Leadership with hopes to become a college president. Kevin is passionate about helping people realize their full potential and demonstrates this in his work and presentations around the world. Kevin wants you to LIVE OUT LOUD! 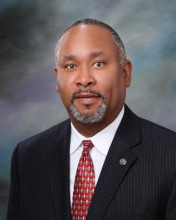 This 50 minute workshop will include tips on; why to invest, investment basics, the technology impact and opportunities, school loan payoff strategies, and why invest now.

In 2002 MacAuley moved to a more independent platform where there would not be any proprietary investment requirements for his clients. Through Woodbury Financial Services, he partnered with Southwest Wealth Advisory Group, L.L.C., to combine their unique strengths, expertise, and experience in different areas of finance and education.

MacAuley holds a Bachelor’s of Science degree in Finance from Arizona State University. He is licensed by the Financial Industry Regulatory Authority (FINRA), holds Series 7, 63 & 66 securities licenses, as well as Life, Accident & Health Insurance licenses. Furthermore, he completed his Series 24 license, and is licensed to be a Managing Principal & Office of Supervisory Jurisdiction Branch Manager as of March of 2000. He has clients all over the United States, and Guam.

As a veteran of the Armed Services with over 28 years of experience, he has transferred his knowledge of Federal and Local Government Retirement, Pension and Savings plans.